More Books Than Livros is migrating to Wordpress, all posts are now at: 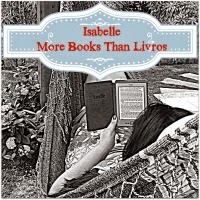 Posted by Unknown at 1:35 PM No comments: 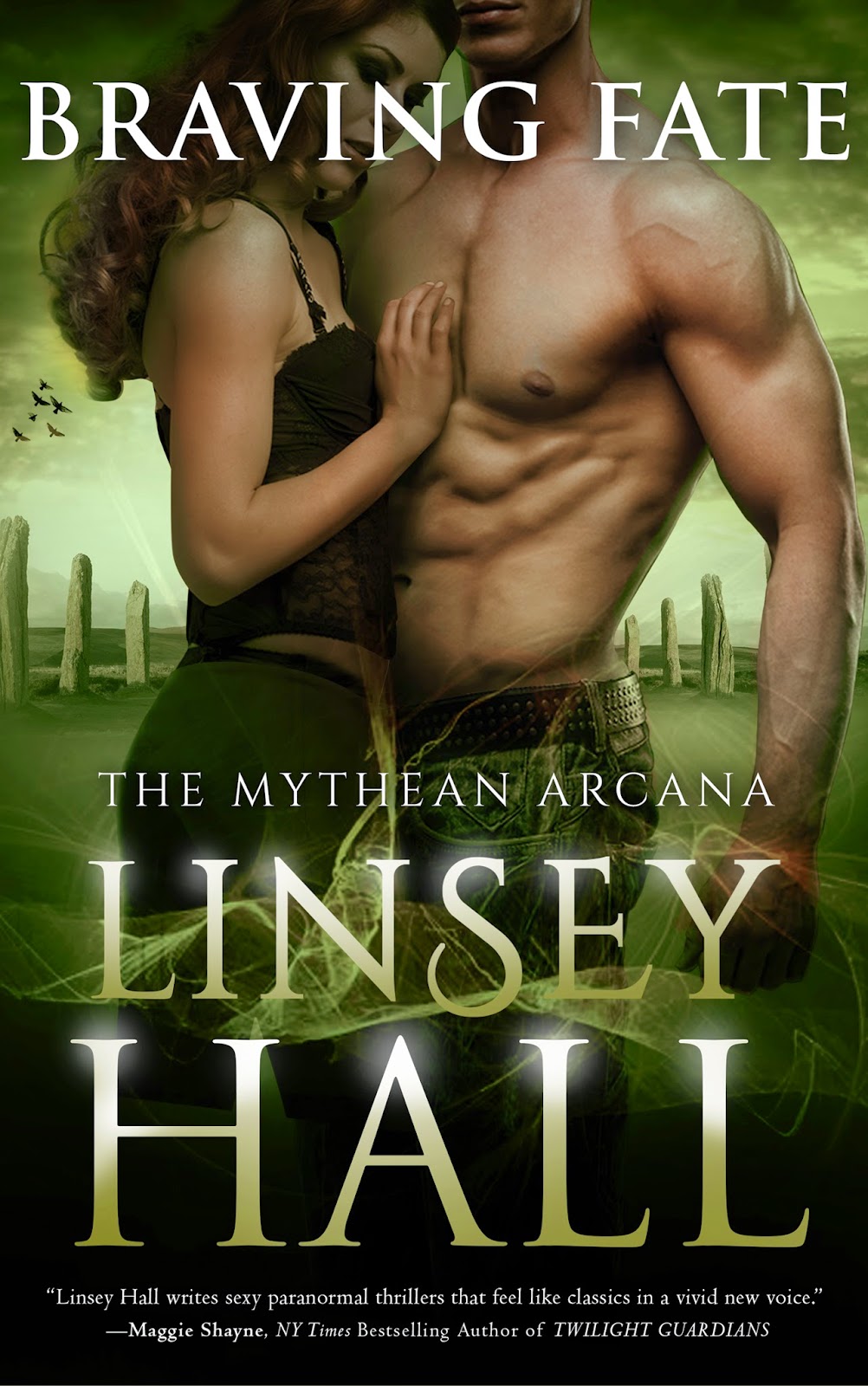 As chaos looms, a warrior queen is reborn

Bookish academic Diana Laughton has been having terrible dreams. Dreams of battle, dreams of blood... dreams so vivid she's living them day and night. When demons invade her quiet life, she wonders if she's going mad. Or if perhaps she's remembering a past life she had no idea existed...

In the midst of betrayal, he must protect her

Mythean Guardian Cadan Trinovante loved and betrayed Britain's warrior queen Boudica two millennia ago. Now he's tasked with protecting mortals whose lives affect the fate of humanity. His latest assignment is Boudica herself, reincarnated as a woman with no idea of her past or her fated future. Though in the irresistible form of Diana Laughton, it's possible Cadan has once again met his match...

To succumb to seduction could prove fatal

Thrown together in a shadowy world that exists alongside our own, Diana and Cadan must fight not only the demonic forces that want Diana dead, but a past and a passion that have lasted centuries. Their desire could be deadly. But as evil from the underworld unites against them, their only hope could be each other.

Central England, AD 60, eve of the Roman conquest of Britain

The woman he loved lay dying in his arms. Blood spilled over her breast, trickling from the dagger she’d sunk into her chest. Drops of blood hitting the dirt floor of the stone roundhouse echoed hollowly in his ears, amplified by the dawning knowledge of what he’d done. What she’d done. What they’d done.
“Why, Boudica?” His heart and voice were breaking. “Why do this?”
She shuddered in his arms, her broken body cold and fragile with looming death, but no less fierce than when she’d fought on the field of battle the previous dawn. She was their warrior queen, the force that had drawn thousands of British Celts together to revolt against Roman occupation, and he her top general.
She was his love. The one bright spot in the miserable spectacle of blood and death his life had become.
Boudica drew a harsh breath that rattled in her wounded chest and glared at him, her eyes alight with hatred.
“Why?” It was clear she would have screamed it if she could. Another faltering breath. “After your betrayal, you ask me why?”
“Betrayal? I did it for you.”
Her bitter laugh died on a cough. “I thought you knew me. I was wrong. You only know what you think me to be. I’m a warrior, the leader and symbol of our beaten land. I led my people in battle for our lives, our homes, our freedom.” She paused to catch her breath. “But we’ve lost. Irreparably.”
His jaw clenched, his chest aching with the weight of their past and his future. For she would die this night, her future forever erased. Because of him. Because he hadn’t been able to protect her. As he hadn’t protected his village and family before he’d joined her.
“The Roman dogs are at our door.” She coughed. “My daughters dead at their hands. Our lands stolen. Why would I live when capture is inevitable and my very life will be used as leverage? My head will be on a pike in Rome before summer’s end. More likely, they’ll use me against our people.” She raked him with a scathing glance and coughed again. Blood marred her colorless lips. “What would you do, O great warrior?”
“The same.” His throat burned. Capture was inevitable. And unbearable. Now, with the final battle lost and thousands of their families and allies dying in the fields around them, the fate that awaited her at the hands of the Romans would be worse than death, not only for her, but very likely for her people as well.
He’d tried to save her from this, but she hadn’t let him. He would have committed any deed, no matter how terrible, to save the woman who’d changed his life when he’d met her a year ago. But Boudica was a warrior first, his woman second. And she would die believing he had betrayed her.
She coughed, her pallor more pronounced. “And yet you would deny me my honorable death?”
“I love you. I’d do anything to save you.”
“And I thought I loved you,” she whispered. And as her eyes closed, the enormous life force that had propelled Boudica, Celtic Queen of the Iceni, evaporated.
The crushing weight of grief squeezed the breath out of his lungs. Collapsing over her, the black night swallowed his roar of pain. He would have vengeance. 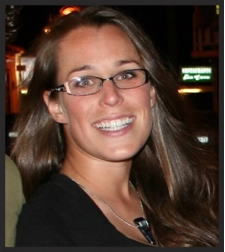 Linsey Hall is the author of the Mythean Arcana, a sexy paranormal romance series. Before becoming a romance novelist, Linsey was an underwater archaeologist who studied shipwrecks in all kinds of water, from the tropics to muddy rivers (and she has a distinct preference for one over the other). Her books draw upon her love of history, travel, and the paranormal elements that she can't help but include.

Several of her books may or may not feature her cats.

Posted by Unknown at 2:00 AM No comments:

In the days of old, one knight fought to save the maiden he loved – a battle that ended in a bloody promise for the future. In the days of the 21st Century, Izz doesn’t believe in prophecies. A recent widow, she struggles to find the passion that once fueled her life – a passion that is reignited the day a knight in disguise cuts into her life in a flash of swordplay and seductive grins. Izz doesn’t want to love him. The guilt of moving on nearly crushes her, yet she finds herself unable to resist the touch, the feel, the scent of the man who leaves her breathless with just one look. But each day Izz finds herself drawn to Cade, the more danger she finds herself in, for someone believes Izz to be at the center of an ages-old prophecy – and will do anything to stop it. When threatening messages turn even more dangerous, Izz must rediscover a part of herself she’s never known before and fight to save her knight in shining armor. With only a sword passed down throughout the generations to guide her, Izz must prove to her adversary that unlike maidens of old, she will never be a damsel in distress. Kristina Circelli's first contemp romance with a slight touch of fantasy, for readers 18+

Night owl, Dorito lover, and quiet eccentric - Kristina Circelli is the author of several fiction novels, including The Helping Hands series, The Whisper Legacy, The Never, and The Sour Orange Derby. Her latest series, The Whisper Legacy, features Beyond the Western Sun. This book is what all fantasy adventures must strive to be: a complex, intricate examination of human emotion set within the context of worlds known only in our imagination. Melding fantasy and legend in an epic quest, this series signals the arrival of Kristina Circelli as a master storyteller and an important voice in Native American literature. A descendent of the Cherokee nation and niece of a Cherokee elder, Circelli holds both a Bachelor of Arts and Master of Arts in English from the University of North Florida, where she teaches creative writing. She also heads Red Road Editing, a full-service editing company for independent authors and commercial clients. She currently resides in Jacksonville, Florida with her husband, Seth, and cats, Lord Finnegin the Fierce and Mr. Malachi the Mighty.

Enter to win a prize pack from the author. Fill out the form to enter. Open to US residents 18+
a Rafflecopter giveaway
Posted by Unknown at 2:00 AM No comments: 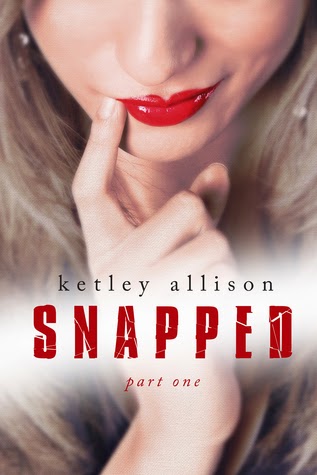 "We have someone who saw you struggling with the deceased before using that knife. Your best friend, and our eye witness."
In nine weeks Charlie Miller's life goes from high-rolling perfection to a crypt of sin. All it takes is one night, one blade, and her boyfriend, best friend and new friends all either end up as suspects or dead.
Nate Westcott, a pierced, tattooed, charismatic lawyer, is a man she can’t have—but a seductive danger she can’t ignore. He’s cocky, infuriating, brilliant and wrong, yet he makes her question whether she really is the good girl she wants to be or more like the selfish killer everyone thinks she is.
And her body wants him in ways she’s not supposed to crave.
As the weeks close in, cracks start forming in her everyday world of pro football golden boys, law school domination and New York City nightlife. Everyone she cares about is at risk because one of them doesn’t love Charlie back. In fact, they want her out of the way. Disposed of. Set up.
One more step, and all Charlie has to do is fall through.
Week 1 starts now.
WHO WILL SNAP?

Snapped is Ketley’s New Adult Contemporary series with all the romance you’d expect, but the killer—and lovers—that you don’t. 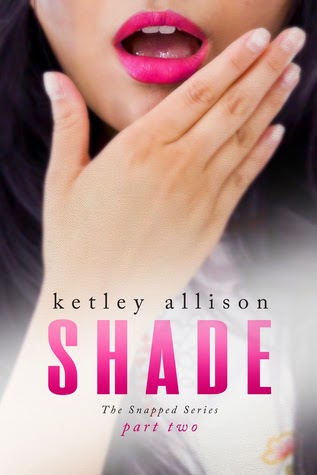 Ketley Allison began her career by writing books as birthday presents for her friends (with her friend as the main character and opposite a super sexy lead, of course) before ending it in order to walk down a path she thought she was supposed to follow.
The writing bug never left her—and, in fact, would often bleed into the official papers she was supposed to write—so now Ketley’s putting down her suit and finally following her dream. While her friends are no longer the stars of her books, she still throws in bits and pieces of them into each and every one of her characters.
As a result, her books tend to focus a lot on friendships as well as love, because let’s be honest, friends are what really get you through—especially when your epic love turns into epic heartbreak.
Ketley’s debut indie ebook, DARK SOULS, the first in the Dark Souls Series, is available on Amazon right here and Barnes & Noble.
ENTWINED, Book II in the Dark Souls Series, is also available on Amazon and Barnes & Noble!
Website | Facebook | Twitter